The car amplifier’s job is pretty self-explanatory: to drive your speakers. So, it’s a no-brainer that a malfunctioning car amplifier is bad news. Therefore, it’s important to familiarize yourself with the warning signs of a faulty car amplifier — that way you can address any problems before it’s too late.

In this article, we will walk you through the different signs of a bad car amplifier that you must keep an eye on.

Signs of a Bad Car Amplifier

In the case of sudden amp failure, everything is working normally, then the amplifier suddenly stops. This is usually characterized by lack of sound, a burning smell sometimes accompanied by smoke, a blown fuse, loud noises (hums, buzzes, crackles), etc.

Gradual failures on the other hand is very difficult to detect, as it occurs over a long period of time (we’re talking about years here), during which the performance of the amplifier keeps gradually degrading to the point where it becomes unusable.

A low power output, more hum than you have noticed in the past, strange noises (in the form of buzzing, whine…etc) that may come and go, tone that’s just not “right” — these are but a few signs that the amp is really in need of some maintenance.

With all of that being said, a damaged or failing car amplifier will produce one or more of the following symptoms. As with any part of your car, early detection can save you money and prevent much bigger headache down the road.

So, if your car stereo system starts making any of these signs, or you suspect your amplifier may be misbehaving, you’ll need to diagnose the problem right away.

1. Not turning on at all

If your amplifier isn’t turning on at all, you shouldn’t immediately call it “broken” until you check that everything is hooked up correctly, that none of the fuses are blown, that the amp isn’t mounted to non-conductive surface, that the turn on wire has voltage when the receiver is turned on, and most importantly that the amplifier has good power and ground.

So, if you’ve checked all these things and the thing just won’t fire up, there’s a good chance your amplifier has bit the dust and should be repaired or replaced with a new one.

2. Blowing fuses for no obvious reasons

Long experience in the car audio industry has taught us that fuses do not necessarily need a reason to blow. However, when a car amplifier fuse keeps blowing, you know how annoying and frustrating it can be, and you’re definitely going to want to get it fixed immediately.

A car amplifier fuse can blow for a wide variety of reasons, including but not limited to:

Depending on how your car amplifier is wired into the electrical system, you can find yourself dealing with a number of different fuses.

Generally speaking, there are two or three different types of car amp fuses in a typical installation. So, getting to the bottom of the problem starts with figuring out exactly which fuse is blown.

Most car amplifiers come with a built-in internal fuse that can blow to prevent serious damage. Moreover, if you have a professionally installed amplifier whose power cable is connected directly to the battery, then there will be an inline fuse. In other installations where power is drawn from a distribution block such as when two amps are hooked up to one power wire, then the distribution block should also have a fuse of its own.

That said, if your amplifier keeps blowing fuses, and you’ve ruled out all the potential causes mentioned above, it is more than likely that the amplifier is bad.

Thermal overload isn’t something you want to let linger. Your amplifier or other components could sustain serious damage if the underlying cause isn’t fixed.

Most car amplifiers are designed to drop into protect mode if they abnormally overheat to prevent more permanent failure.

Amplifier overheating can be caused by a wide array of problems including:

If your car amplifier cuts out after playing hard for an exceptionally long listening session, it’s highly likely that it may have just overheated. However, if your amplifier is getting hot so fast after running for little while for no obvious reasons, then there’s a good chance it’s getting weak and will give out sooner than later.

Noise in the form of humming, buzzing, or whining sound can be introduced into a car audio system by a wide range of things. That’s the reason why it can be tricky and a pain in the butt to track down the culprit.

A car amplifier can introduce noise into your system mostly through either a bad ground or through a poor amp mounting. However, there are several potential causes that can lead to unbearable noise including:

Noise is just nature’s way of telling you that something’s out of whack. So, essentially what you need to do to filter it out of your car stereo system is to run down the list of the potential causes, eliminating possible noise sources one at a time until you find the problem.

If everything checks out okay, but the noise is still there, then there’s definitely something wrong with your amp. You need to have it tested and exchanged/repaired if necessary.

When your subwoofer is cutting out especially at high volume, the problem usually lies within the amplifier. However, depending on exactly how the bass is cutting out, you could be dealing with an electrical problem, a wiring problem, or even a problem with the subwoofer itself.

Power loss, subwoofer fading in and out, and inconsistent, or weak bass output are all strong signs of a bad car amplifier. However, there are a handful of things that could make your subwoofer sound weak including but not limited to:

If you’ve checked everything above and the bass still sounds weak and has lost its tightness and punchiness, then it’s highly likely that the amplifier is defective and needs to be replaced.

Before getting rid of it, hook up a second subwoofer (if you have any) to it, and if the same symptoms are still there, then the amp must be culprit.

Your car amplifier should not smell like it’s burning if it’s properly installed and is operating correctly. However, when it does, it’s usually either because it’s malfunctioning or because it’s covered in dust, which is in fact burning from the heat generated by the internal components of the amp.

If your amp has an electronic burning smell especially at loud volume, that’s a great sign that it is seriously malfunctioning and needs to be shut off immediately to prevent more serious damage. It’s better safe than sorry.

A car amplifier could smell like it’s burning for several reasons including:

Cheaply made amplifier are by their nature prone to produce that electronic burning smell because they waste more power than they actually produce in sound. That wasted power turns into heat, which causes the internal components of the amplifier to overheat.

7. Amp restarting or cutting out

If your amplifier is cutting out especially when you crank it up, or when bass heavy tracks are played, there can be a multitude of reasons for this. However, there are some known culprits that are more likely than others to cause this problem.

Two of the most common are: either the amp isn’t getting the power it needs to deliver the output you want, or that it’s getting weak and is no longer capable of putting out its rated power output.

There are many other reasons why a car amplifier keeps cutting out, resulting in no sound from the speakers or subwoofer. The best way to resolve this problem is through a process of elimination; as such, you will need go through the list of potential causes to help determine why the amplifier keeps turning off sporadically.

Here is a summary of some tests you can try to figure out what might be wrong:

If everything checks out okay but the amplifier is still cutting out for no apparent reason, then it’s highly likely that there’s something wrong with the amplifier itself. 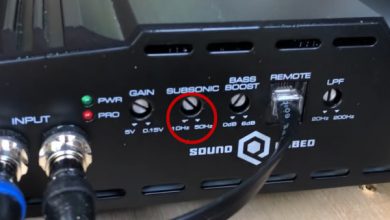 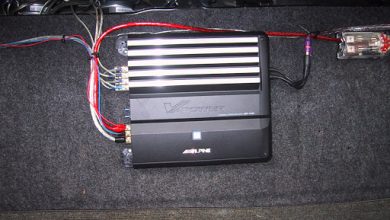 Reasons Why Your Amp is Not Turning On 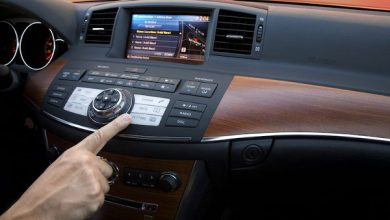 What Gauge Wire for 1000 Watt Amplifier