Even if you’re a relative greenhorn when it comes to car audio, “Strapping amps” is something you’ll come across sooner or later.

Basically, strapping two amps is like bridging two channels on one amp. It’s done in order to power a single load (subwoofer) with multiple amps.

Strapping amps isn’t rocket science. It’s relatively easy to do as long as you have some basic knowledge of car audio system wiring. However, there are many misconceptions about what it does, how it works, and what it’s for.

In this article, we’re going to cover the benefits of strapping your amps instead of just opting for one big amp, reasons why people do it, and finally how to strap two amplifiers step by step.

What is “Straping Amps”?

Strapping (also called bridging or linking) refers to wiring two amplifiers together to combine the power of both of them. Strapping, essentially, turns two amplifiers into one big amp.

Strapping is almost like bridging two channels of an amp into one, but instead you are bridging two amplifiers. One of which is used as a “master” amp and its settings control the second amp which is referred to as “slave” amp.

The main reason car audio fanatics strap their amplifiers is to power a single load with multiple amplifiers. In a setup like this, the primary amplifier (master) controls the secondary amplifier (slave).

In other words, once the two amps are properly strapped, the “master” amplifier can be tuned and its settings are then passed on to the “slave” amplifier. What this means is that you only need to tune the master amplifier, saving you from the hassle of trying to dial in the same exact settings on two separate amps.

Additionally, by running two smaller amplifiers rather than a larger one, you can mount your amps in tight spots that would not accommodate a larger amplifier. Not only that, but it’s cost-effective to replace a single small amplifier than replacing a larger one should something go wrong.

Furthermore, strapping amps can also be helpful when you’re on a tight-budget and you’re gradually upgrading your car audio system. Say you are running a single small (strappable) amplifier and you want a bit more power. All you need to do is to buy an extra identical amp, and strap the two amps to double up the power output.

P.S: It must be noted that when you strapped two amplifier together, the power output will double, but so will the minimal impedance handling of the amplifiers. For example, if you were to strap two identical amplifiers rated at 1,000 Watts RMS at 1 ohm together, you’d get around 2000 watts RMS output at 2 ohm. Each amp will still be responsible for delivering 1000 watts at 1ohm, but together they’re sending out twice as much energy, therefore, you must always ensure that your subwoofer can support this.

So, in a nutshell, here are the main benefits to strapping amps:

As for cons, the only downside to strapping amps that we can reasonably think of is that it’s sightly more complicated to wire two amplifiers in a car.

How to Strap Two Amps Together?

The very first thing you need to do before starting to wire your amplifiers together is to look for a switch that toggles between “MASTER” and “SLAVE” on each amplifier. If your amplifiers have that switch, then set the primary amplifier to “master”, and set the secondary amp to “slave”.

This will turn one amp into the Master and the other into the Slave. But what does this mean exactly?

Well, this means – the Master amp will be in absolute control of slave in terms of the crossover points, the gain, and the remote level control.

P.S: If your amplifiers aren’t equipped with that switch, then you can proceed to the next step.

Connect your head unit to the amplifier that you’ve designated as the master. 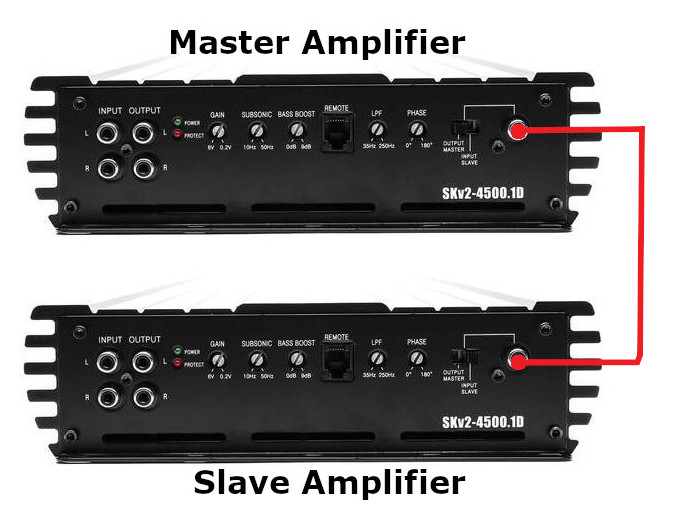 P.S: While the first section is the easy part of strapping amplifiers, it’s the next step that gets people mixed up and throws a lot of fellas off. So, pay close attention.

Now, with the head unit being hooked up to the master amplifier, let’s get your amps and speakers wired in.

Last but no least, you need to connect the remote turn-on-wire to your amps. Without this, your amplifiers won’t turn on.

The problem is that car radios only have one remote wire, which in this case should be hooked up to the master amplifier.

There are many different ways to turn an amp on without a remote wire. The easiest of which in this case here is to use a jumper wire to connect the remote terminals of both amplifiers.

Finally, both amplifiers must be connected to the car battery to receive adequate power. Here’s how to hook up 2 amps with 1 power wire.

It’s also of paramount importance to make sure the amps are grounded properly. A bad amp ground can cause a host of issues that go hand in hand; Here’s an exhaustive list of symptoms associated with improper amp grounding. 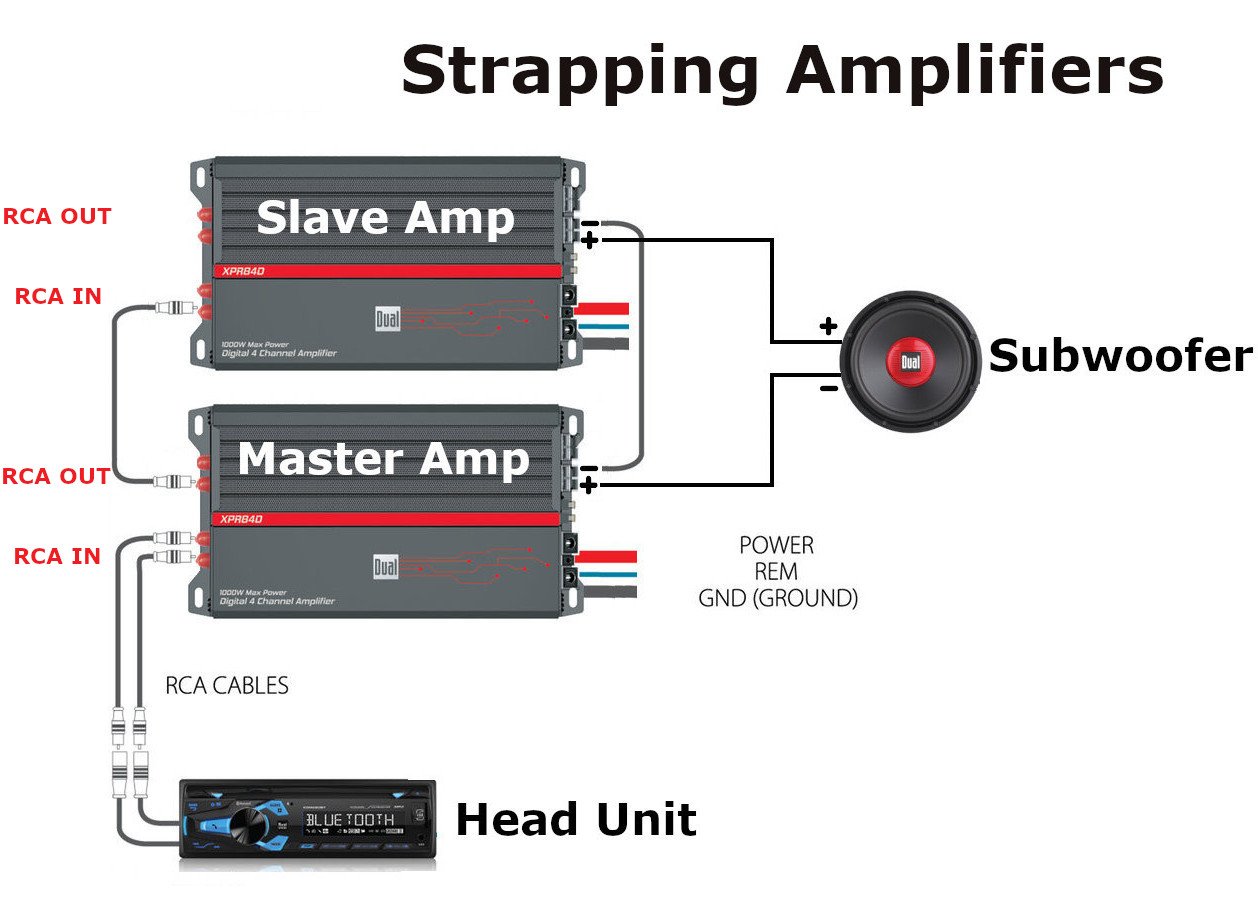 Can You Strap Two Different Amplifiers From Different Brands?

The answer is a resounding “No”. Two different amps can’t be strapped and merged into one output channel. You don’t want to do that unless you like magic smoke.

The main reason why you can’t strap two different rated amplifiers is because you’ve got to put even amounts of power on both coils.

That being said, you can strap two different amps if both of them have similar power output, and you use an external phase inverter.

The closest thing to strapping non-strappable amps we would even consider would be something like bridging them (using a bridging module) to drive a single speaker or subwoofer, or bridging them each to run one voice coil of a dual voice coil. In such case, the amp gain and the crossover settings would need to be identical more or less.

Even then We would never plan a set up like that – It’s more of an experimental type of thing. 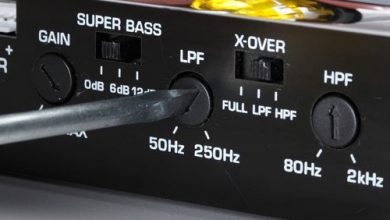 How to Set Crossover Frequency for Car Audio System 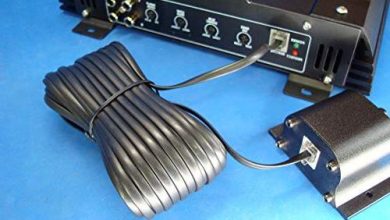 How to Wire a Bass Control Knob [Step by Step] 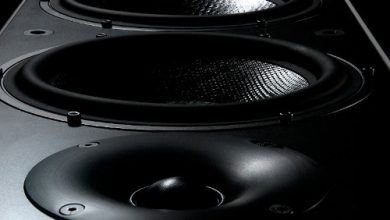 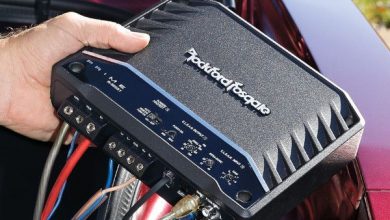