With so many options out there, choosing the best Android car stereo isn’t an easy task. The car stereo universe is teeming with options, from super-expensive headunits loaded with a ton of features, to affordable ones that make a few calculated compromises, to cheap models designed to to balance performance and cost.

Chances are that whichever Android head unit you buy, you’ll keep it for at least a few years. So choosing the best Android car stereo for you isn’t a decision you should take lightly.

Here at CrystalStereo.com, we’ve done the heavy lifting for you. We’ve compiled a list of the best android head units in the market. These headunits represent different price points, designs and specs. With any luck, you’ll find something that meets your needs and fits within your budget.

So without any further ado, let’s dive into the reviews…

This is one of the best Android car stereos that Pyle has to offer. This unit will let you experience tablet-style functionality in your car’s dash. It has Quad Core 1.6 Ghz Cortex A9 processor and it’s running Android 4.4.4 (KitKat).

With its digital file playback, you can stream your favorite audio, video and image files from your paired up smartphone.

This android receiver comes with an excellent quality dashboard camera that can record many of your on-the-road endeavors, as well as a rearview backup camera for easy parking.

It has a built-in 16GB storage, and if you think that it’s not enough, then you can easily expand the storage using a SD memory or USB flash drive.

As far sound shaping controls are concerned, this Android headunit has a digital equalizer that you can use to tweak the sound to your likings.

Our main concern with this android headunit is that it’s running an older version of Android, and that it does take some time to boot up (around 15-20 seconds). Other than that, this is a great android car stereo loaded with a ton of features.

If you’re looking for the best android double din headunit, but your vehicle has only a single-DIN (7-by-2-inch) dash opening for the stereo, then you don’t have to feel left out or out of luck.

As with most new headunits out there, the Pyle PL7ANDIN has a built-in mic and Bluetooth for hands-free calling and wireless music streaming, Aux input, front USB port for flash drive or media device, and an SD card reader.

If you’re looking for a good android car stereo with a very large touchscreen, then this one from HIZPO is a great option to consider.

This unit sports a 9 Inch HD touchscreen display with a resolution of 1024 x 600 pixels. It has Quad Core 1.6 Ghz Cortex A9 processor with 2GB of RAM, and 16GB of storage. This headunit is running Android 7.1.

This Android headunit comes with google play store app installed, so you can install apps from there. You’ll need to connect it to your Wifi home network though (or get a 4G SIM dongle).

If you still own CDs/DVDs and seeking an Android double DIN headunit with CD/DVD player, then this unit from Corehan is for you. This Android headunit comes with a built-in Quad Core A9 1.6 GHz processor, and it’s running Android 7.0.1 (Nougat). It has 1GB of RAM, and 16GB of storage.

This unit will let you experience tablet-style functionality with car stereo options in your car’s dash. Just like with any Android phone or tablet, this headunit has plenty of personalization features such as screen dimming, soft key lighting when headlights are turned on, customizable background image…etc.

This unit features a 6.95 inch TFT LCD capacitive touchscreen with a resolution of 1024 X 600 pixels. It also has Wi-Fi, Bluetooth connectivity for hands-free calling and wireless music streaming, both an internal and external microphone, MirroLink, and support for backup camera. Not to forget a decent amount of sound tuning options.

Additionally, this headunit sports dual USB ports, dual SD card readers, as well as a built-in CD/DVD driver, which is what makes this Android car stereo stand out among its rivals.

The downside, however, is that this headunit can be a bit slow at times and that is due to the fact that it only has 1GB of RAM.

This is what you can get if you have some extra money to spare. This android headunit is a bit expensive however it’s very well-made and it’s packed with a ton of features and entertainment options.

This unit is equipped with an octa-core processor, with 4GB of RAM and 32GB of storage. It’s running the latest Android version 8.0 Oreo. While most Android car stereos out there take up to 20 seconds to load, this headunit support 1 second fastboot 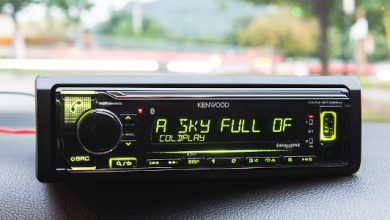 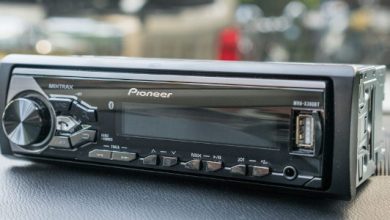 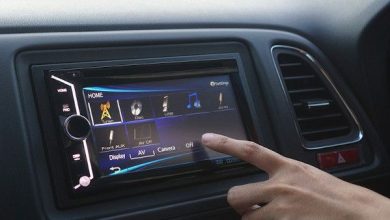 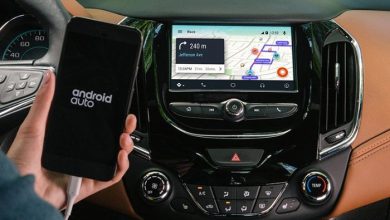