If you’ve been considering a new infotainment system for your vehicle, there are only two manufacturers that you should consider: Alpine vs Pioneer. The epitome of Japanese engineering, these two manufacturers are the industry leaders when it comes to car audio systems, and their various models remain some of the most highly rated.

However, because both Alpine and Pioneer are well known for their top-notch car stereos, deciding between these two brands can be a very difficult task.

Fortunately, with the right information in hand, you should be able to easily choose the right car stereo manufacturer for you. Read more about both makers in this Alpine vs Pioneer comparison, and discover which manufacturer you should choose when you’re in the market for a new car stereo.

Alpine Electronics was founded in 1967 as a joint venture between Alps Electric Company, one of Japan’s leading manufacturers of electronic components for consumer appliances, and Motorola, Inc.

Speaking of headunits, Alpine does make the highest quality car stereos out there. They have receivers for almost every application and budget. So, whether you’re looking for an entry-level car stereo, mid-range or high-end stereo, Alpine has got you covered.

Alpine car stereos range in price from tens to a couple hundreds of dollars. As is the case with all flagship car stereos, Alpine high-end car stereos cost an arm and a leg. However, these receivers come packed with a ton of bells and whistles including Apple CarPlay and Android Auto, GPS navigation, Siri Eyes Free, HD radio, SiriusXM satellite radio, and a lot more. If you pick one of these high-end car stereos, you’ll know where the extra money went.

You don’t have to feel left out if you’re looking for a modestly-price car stereo, because Alpine also offers great budget-friendly headunits with all the necessary features. Like with any product, you can get a great car stereo with cutting-edge technology and features if you’re willing to shell out some extra cash, but there really are great products in every price range.

This Alpine headunit packs a serious sonic punch and it’s loaded with a huge array of features including Buetooth connectivity for hands-free calling and wireless audio streaming, HD Radio® tuner, and Pandora® Internet radio control, too. Additionally, this unit has a CD drive, an AM/FM tuner, and is SiriusXM satellite radio ready with the addition of an extra-cost tuner.

Alpine’s user-friendly controls round out the package, with an innovative new smartphone-based app called “Alpine TuneIt App” which allows for pro-level audio tuning.

Alpine CDE-HD149BT is equipped with a 2-Line white-backlit LCD display and features a manual fold-down face-plate which is detachable to deter theft. This unit lets you choose between Blue, Green, Red, or Amber button illumination. The text on the display however will remain white.

As far as sound shaping controls are concerned, this headunit sports 9-band parametric equalizer with 11 preset tone curves. Additionally, this Alpine receiver is equipped with a few audio enhancements features such as Alpine’s exclusive Media Xpander which is engineered to bring out the musical details lost in compressed media, time correction which allows the listener to be placed at an equal distance between the left and right speakers for optimum staging, not to mention “Spatial features” which allows you to change the soundstage of your music in the vehicle.

The iLX-W650 is one of Alpine’s top rated double DIN car stereos out there. This unit is very well-engineered. It’s one of the fewest car stereos that is designed specifically to work wirelessly with Apple CarPlay and Android Auto. This means No more cords, no more connecting before every trip.

Alpine iLX-W650 features 7″ capacitive touchscreen which boasts a 800 X 480 resolution. While the touch screen is perfectly responsive, there’s no volume/source knob which can be a huge drawback to some people. Further the touchscreen buttons on this unit are on the lower side.

In addition to Apple CarPlay and Android Auto, this digital media receiver features controls for Apple Music, Pandora, iHeartRadio, and Spotify. The unit is also compatible with Siri Eyes Free for iPhones.

This iLX-W650 doesn’t have a CD/DVD player, but with Android Auto, CarPlay, an AM/FM radio, SiriusXM satellite radio, and rear-mounted USB input, you’ll never miss it. Additionally, this unit comes 6 channel preamp outputs for use with a separate amplifier, as well as a built-in 45-watt-by-4 amp.

Plenty of double DIN headunits out there offer a ton of bells and whistles, but what makes the Alpine iLX-W650 stand out is its wireless Apple CarPlay & Android Auto. However, that comes at a price. 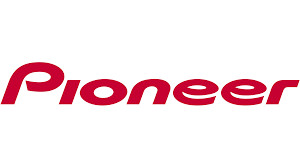 Within the car audio space, Pioneer is one of the oldest and renowned names. The company has released everything from home audio systems to headphones and maintained a level of quality throughout. The same goes for its selection of car audio components.

Pioneer is the King of the Castle. It’s one of the best car stereo brands out there. They’ve been in business for a very long time, and have made a name for themselves in the industry.

Pioneer was founded in 1937 in Tokyo as a radio and speaker repair shop. Today, Pioneer is of the most solid contenders in the audio space. They offer a wide variety of car audio components, and that includes everything from car speakers and subwoofers to amplifiers and headunits.

There are a million car stereos on the market but Pioneer’s has always stood near the top. Pioneer has always been one of the most recognizable names when it comes to cranking out quality car receivers.

Pioneer offers a wide range of car receivers of different types including an entry-level single DINs offering for under $100, various double DIN with or without touchscreen models, and flagship headunits approaching or surpassing $800. These multimedia marvels are incorporated with a wide range of cutting-edge features including Apple CarPlay and Android Auto, AppRadio mode, built in GPS, Siri Eyes Free, HD radio, SiriusXM satellite radio, and a lot more. 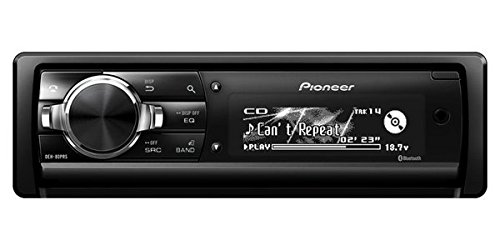 The DEH-80PRS is one Pioneer’s best single DIN car stereos. This headunit is very well-engineered. It’s built from the ground up with sound quality in mind, and it’s loaded with a ton of cutting-edge bells ans whistles.

Pioneer’s DEH-80PRS CD receiver goes well beyond most receivers with the quality of its internal components and design, which justifies its steep price tag.

This unit features a detachable faceplate with 3-line full-dot LCD display with customizable display and key colors. And as with most aftermarket car stereos, this headunit is featured with built-in Bluetooth connectivity for hands-free calling and wireless audio streaming.

Along with streaming, the DEH-80PRS has a CD/DVD drive, an AM/FM tuner, and it’ll play a wide variety of digital audio files either burned to disc or on a USB drive.

The DEH-80PRS has two rear 1-amp USB inputs, front and rear auxiliary inputs, as well as a SD card slot. It comes with four 5-volt preamp outputs for use with a separate amplifier, as well as a built-in 50-watt-by-4 amp. Additionally, there’s high-pass/low-pass electronic crossover, subwoofer control, and loudness control.

As for downside, it’s really difficult to think of any. If anything, I’d say that the price tag on this headunit can be a bitter pill to swallow especially if you’re on a very strict-budget. Additionally, at its price tag, we expect this headunit to be featured with HD radio and XM Satellite Radio.

The phrase “bigger is better” can be very hit or miss depending on what you’re talking about. When it comes to car receivers, it can become even more inconsistent. That said, Pioneer AVH-2500NEX proves that axiom right.

The AVH-2500NEX is one of Pioneer’s top-rated double DIN headunit out there. This mid-range car receiver packs in a wide a selection of cutting-edge features and technologies such as Apple CarPlay and Android Auto.

In addition to Android Auto and CarPlay, the AVH-2500NEX includes Pioneer’s AppRadio Mode for seamless and smooth smartphone integration with Pioneer app.

Additionally, this headunit features Pioneer’s MIXTRAX, which is Pioneer exclusive technology that creates a nonstop mix of your music library complete with a range of DJ-inspired effects.

Pioneer AVH-2500NEX features built-in Bluetooth connectivity which allows you to make and receive phone calls wirelessly through the receiver; as well as stream music wirelessly from your smartphone to the headunit. Unlike most OEM headunits out there, you can pair up to 2 Bluetooth-compatible devices to this unit.

The AVH-2500NEX features controls for Apple Music, Pandora, and Spotify. These and other apps can be used with the AVH-2500NEX via a Bluetooth connection. The unit is also compatible with Siri Eyes Free for IOS devices.

Along with streaming, the AVH-2500NEX has a CD/DVD drive, an AM/FM tuner, rear-mounted USB and Aux inputs, and is SiriusXM satellite radio ready with the addition of an extra-cost tuner. It also has a rear audio/video input, rear-view camera input, as well as 6-channel preamp outputs.

Alpine Vs. Pioneer Car Stereos : So which one is best?

The battle of Japanese car stereo brands Alpine and Pioneer dates back to the origins of the vehicle audio. Nozomu Matsumoto founded Pioneer in 1938 in Tokyo as a radio and speaker repair shop. By Pioneer standards, Alpine is a young upstart, with its roots only dating to 1967. So, then, which manufacturer is best? Which car stereo brand should you choose?

If you’ve been looking at new car stereos, no doubt you’ve come across the Pioneer and Alpine lineup of single DIN or double DIN receivers, touchscreen car stereos, and digital media receivers. With so many options between both manufacturers, it can be difficult to decide which has the right features for your lifestyle.

These Japanese car audio brands offer car receivers that are very competitive with each other — and with the rest of the market — in terms of pricing, technologies and features.

Performance between the two brands is pretty similar, but there are some noticeable differences when it comes to the design of their car stereos. The terminology on Pioneer car receivers is different from that on Alpine headunits.

With that said, when choosing between car stereo brands, we highly recommend that you compare each car receiver individually — where Alpine may have a better entry-level car receiver, Pioneer may have an advanced headunit loaded with cutting-edge technologies and features. 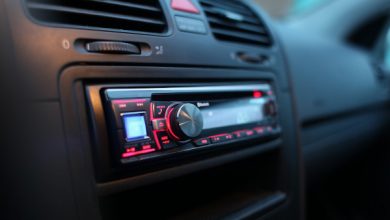 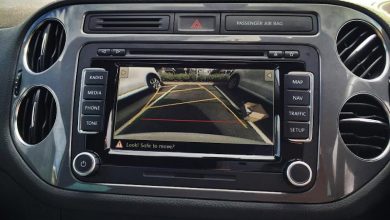 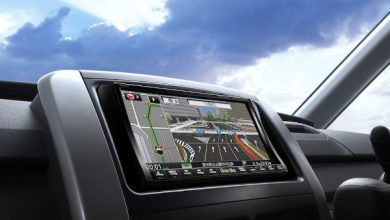 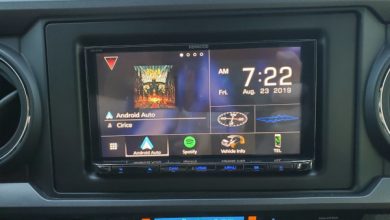