Obviously, big bass sucks up a ton of power, and most car electrical systems aren’t simply equipped to deal with it. That is the reason why your headlights are dimming when loud bass notes hits.

So, if you notice a big drop in performance after playing your subs loud for a few minutes, Or if you notice that your headlights are dimming in time to the music at night, it’s highly likely that you’ll need an a car audio capacitor.

A capacitor, or cap for short, prevents these problems by taking the brunt of those demand peaks from your amp, so that the latter sees a more consistent supply of power.

To help you choose the best car audio capacitor for you, we’ve rounded up some of the best you can find. Read on to find out more.

A car audio capacitor is an electronic component that acts as a buffer between your amps and your car’s battery. It’s meant to be mounted inline on the power cable from your battery, as close to the amp location as possible.

What a car audio cap does is that it stores up a temporary electrical charge from your battery, then releases it instantly to satisfy your amp’s demand for the electrical energy needed to reproduce loud bass notes.

Because car audio capacitors are designed to do all that quickly, they’re used to filter or buffer any sudden changes in a circuit’s voltage, hence smoothing the ensuing signal and stabilizing the voltage being sent to the amplifier.

A cap won’t necessarily improve your system’s low end response or overall sound, however, it’ll prevent the sound from deteriorating due to under-voltage.

A capacitor supports the amplifier by feeding it the power it needs during periods of extra power strain. So, while it won’t directly improve sound quality, it does make it easier for the amp to perform its best.

What capacitor type should I get?

Car audio capacitors come in three main types. There are Electrolytic capacitors, carbon capacitors, and hybrid capacitors. The difference between them relies on their recharge rate and their ability to hold a charge.

The problem with electrolytic capacitors is that they degrade over time. As the capacitor charges and discharges, its ionic fluid loses its ability to conduct. Eventually, the cap does not function any more.

Carbon capacitors – also referred to as super-capacitors – store massive amount of energy. They’re much more expensive than the electrolytic capacitors, but they’re worth it.

A quality super-capacitor can cycle (from full to empty) hundreds of thousands of times, which mean it can last a lifetime.

While carbon capacitors are able to hold more power, they have a slow recharge rate.

What size capacitor should I get?

Car audio capacitors come in different sizes typically starting with 1 Farad to 10 Farads. The general rule of thumb is to put in 1 to 2 Farads of capacitance for every 1,000 watts RMS of total system power. You can also use 3 or 4 Farads per 1,000 watts RMS without any problems. The larger the cap, the faster it gets ready for the amp’s next big hit.

How to hook up a capacitor?

First and foremost, it must be noted that a car audio cap can be dangerous; it can charge and discharge a ton of power very quickly that it can weld metal objects, like tools and jewelry, and melt its own insides out.

For safety reasons, new car audio capacitors come completely discharged. They also come with either a resistor or a wired light bulb to slowly and safely discharge your capacitor by wiring the bulb or resistor across the cap’s terminals. Wired differently, the same bulb or resistor can also be used to charge up the cap safely.

As in all car electronic installations, start by disconnecting the ground cable from the car battery. We also recommend that you take out the in-line fuse on the amp’s power wire next to the battery.

As we’ve mentioned earlier, a car audio capacitor should be mounted as close to your amplifier as possible using the shortest wires possible. This is so that the electrical charge stored in the cap doesn’t have far to go to get to the amp quickly.

Additionally, you want to make sure the cap is well-tightened and securely mounted and won’t become a dangerous flying object in the event of an accident.

Using the same gauge wire as the amp is mandatory. This can be accomplished with a distribution block. Or, sometimes, the capacitor is featured with multiple connection terminals that make it easier to wire it into your system.

The multiple terminals act just like a distribution block. So, for instance, the power wire coming from your battery can connect directly to the cap’s positive terminal while a short cable connects from there to the amp’s positive power connection.

P.S: As far as cap’s grounding is concerned, it’s highly recommended that you use the same bolt the amp uses for ground. That said, make sure you scrape off all the paint off around where you put the chassis ground. You’ll also want to make sure the connections are clean and tight.

How to charge a car audio capacitor?

To safely charge up your capacitor, you need to use either the original charging/discharging resistor or light bulb. These are often included with the purchase of a capacitor but can be purchased separately if needed.

If you don’t have one of those, you can use a high-wattage, low resistance resistor with a value of 10-1,000 ohms along with a rating of 1-20 watts. These resistors can be found at most electronics parts stores.

Whichever you decided to use – resistor or light bulb – try connecting it to the two terminals of the amp’s in-line fuse holder (where you took the fuse out earlier). Re-connect the car battery’s ground cable. If you have used a resistor, it’ll get hot, whilst if you’ve used a light bulb, it’ll light up while the cap charges.

Once the capacitor is fully-charged (which takes about 10-30 minutes), the bulb will fade out, or the resistor will start to cool. Next, you can remove the light or resistor carefully. 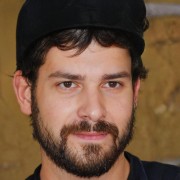 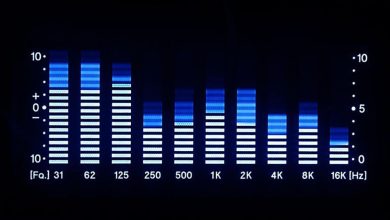 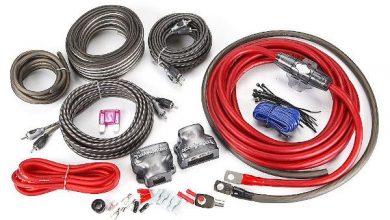 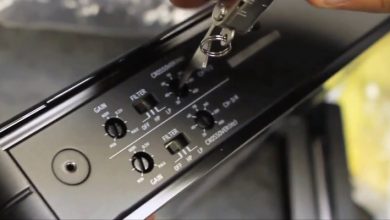